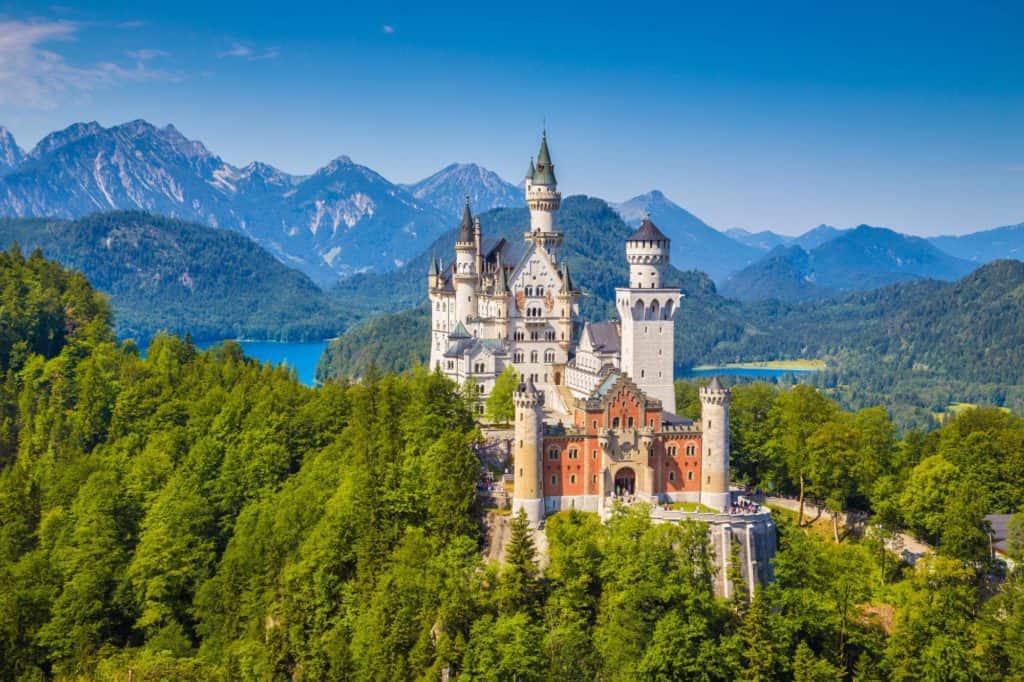 For as long as businesses have existed, there have been customers reviewing them.

In the Middle Ages, the King reviewed his blacksmith. What do you think happened if he didn’t like his armor? Word would have spread like wildfire throughout the Kingdom that the King had fired the premier blacksmith. Do you imagine that many of those people who needed metal crafted would seek out that blacksmith? A business owner who was just told they weren’t fit for their leader?

Fast forward to the dawn of the 20th century to an industrial age America. A country with a thriving economy run by small businesses. You walked into a hardware store or bought meat from the butcher, and that business owner usually knew you by name. They had seen you in church on Sunday, and they asked you genuine questions about your life that made you feel important, remembered and appreciated. After all, if they didn’t, if they provided bad customer service or a bad product, you knew almost all of their other customers. All it took was one word from you, and they could go out of business.

Then came the era of the corporation, followed quickly by radio and television. Much of small-town America went away, and people moved to the major cities or the suburbs of the major cities and where once our entire society was connected, we grew further apart. We put up fences between our houses and commuted over longer distances to work. We went to different schools, different churches, and different businesses. Except, the businesses were the same weren’t they? The gas station was called Exxon or Shell; the hardware store was called Lowe’s or Home Depot, and the grocery store was Kroger’s or Albertson’s. Each location independent of the other, but owned by the same company.

It is in this era that the power of the customer was nearly completely wiped away. Before this, business owners knew all their customers by name and respected them, but they also kept the knowledge in the back of their minds that this single customer had the potential to damage their entire business. For the next 50 years, corporations and businesses would enjoy freedom from all of that. After all, it didn’t matter what John said about your company when he could only tell a handful of his friends. How could he possibly impact the bottom line of a company like Walmart? For every person that John told about his bad experience there, Walmart could run a few ads on television and get a few thousand more.

Every business owner got used to this kind of anonymity. With the advent of the automobile, many of their customers didn’t even live in the same town or know the same people they did. Those who did began to buy based on price or based on that new television commercial they had seen last week. They grew accustomed to automated phone systems, waiting on hold and jumping through hoops to get their problems resolved. Anger and resentment toward being treated like a number and not a human being slowly simmered under the surface but there was nothing they could do.

A Return To The Way Things Used To Be

Then it happened. Not the internet, because that didn’t change things in the beginning. It was Web 2.0 or what we now call social media. After 50 years of having no power, suddenly the playing field had flipped back to small-town America. It wasn’t anything new, it was the same power they used to have, but all that frustration had been let loose at the same time. Business owners had never dealt with this kind of upheaval before, the only frame of reference being stories told by their father or grandfather, assuming it was a family owned business that had survived generations. They were used to controlling the message, and there was quite literally no conversation. It was complete chaos.

Does any of this sound familiar? For thousands of small businesses, this chaos is still happening. Over a decade since the first social network launched, you can’t drive 50 miles without running into a campground owner who refuses to touch social media or respond to their online reviews. The most common excuse you will hear is that social media is just full of people who complain, that every review out there is negative and that all those people feel entitled to something. This idea is followed closely by the argument that social media is just a fad, or that their customers don’t use it, or that it simply isn’t worth their time to figure out how it works or why it is so important.

Why Are Online Reviews Treated Differently?

Imagine you, proud owner of National RV Park, are out to dinner with your significant other one evening. You overhear a conversation between two people sitting a few tables away from you and it goes something like this: “I stayed at National RV Park last night, and the person who checked me in was really rude. All I did was ask what time check-out was, and she snapped back at me saying that everyone was required to be out by 11 am. She emphasized that there would even be a late fee if I wasn’t gone by that time. I love staying there, but I probably will consider another campground next year.”

Is there any chance that you will sit there quietly, continuing to eat dinner, and allow this couple to walk out of the restaurant without approaching them? If you answered yes, you shouldn’t be in business. Any business owner who cares for their campground is going to walk over to the table. You would introduce yourself and likely apologize for the actions of whoever was rude to that customer. Forgiveness would be something you might ask for, after promises that it won’t happen again. You might even offer a discount if the couple is willing to give you another chance. All this to ensure that a single customer does not end up staying with your competitor.

So why, if you are willing to stand up and go over to that table, would you not do the same thing on social media and everywhere else that people are having conversations about you online?

Being Honest With Yourself

Stop imagining that these customers don’t have a right to review you online. Do not pretend that you wouldn’t consider doing them same thing if a business wronged you. Quit deceiving yourself and pretending that everyone is out to get you. The truth is that around 70% of people who complain are only hoping to receive a response, not necessarily in their favor, but a response that shows you are actually listening to them. Do you know why most of those people are going online? In most cases, it’s because they couldn’t get you to listen any other way.

Your customers are trying to tell you what they want. You have never been able to connect with them as quickly and as frequently as you can now. If are you willing to step up to the plate and simply provide a better customer service experience, to just stop arguing and listen, suddenly social media becomes the most powerful tool you have ever had.

Customers are back in control, and they are demanding to be heard and to be treated as human beings. It’s what you would want at any business you visit, so if you expect it then why shouldn’t they? 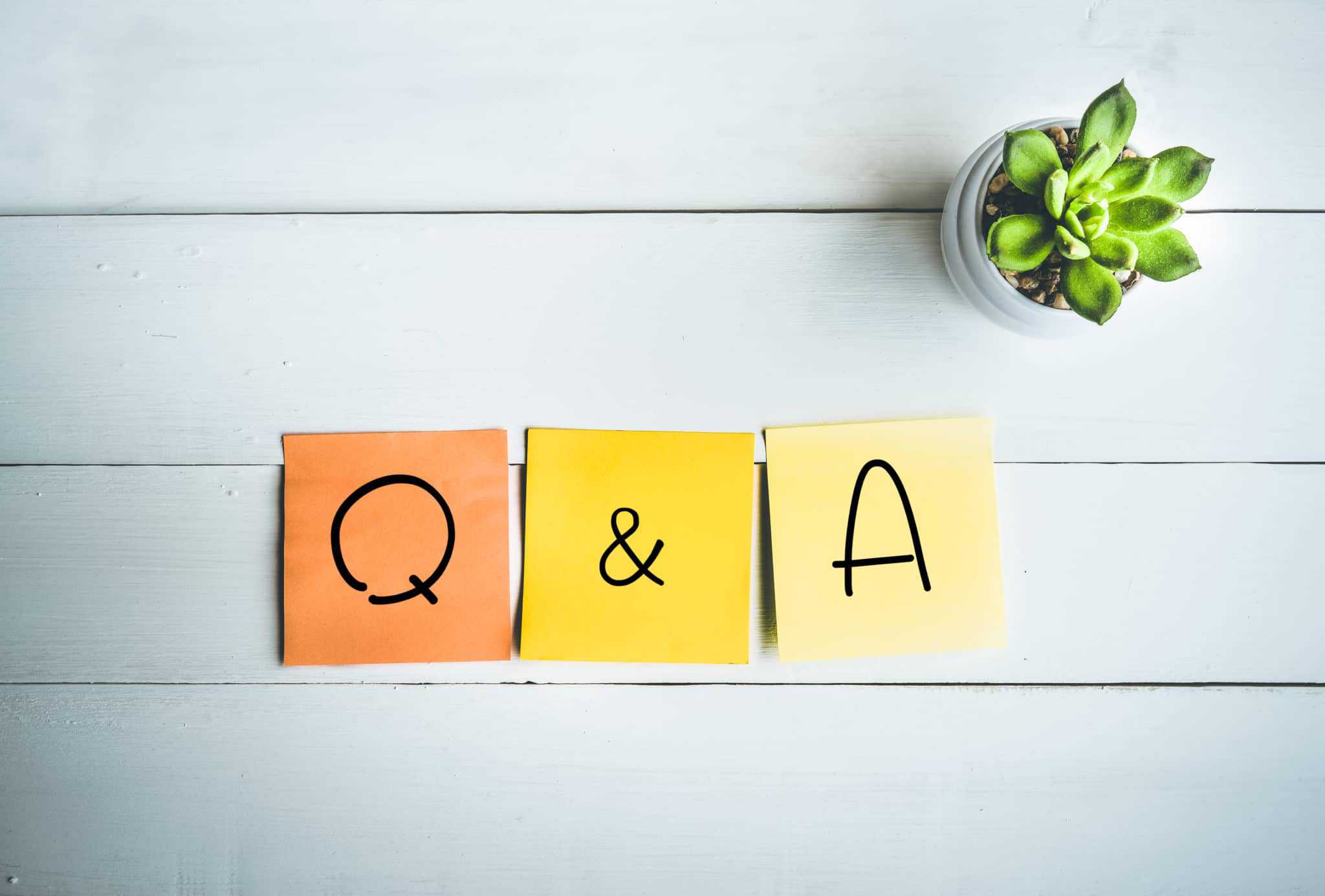 When you run a campground or RV park, social media may not be one of your top priorities. You may encounter people every season who … 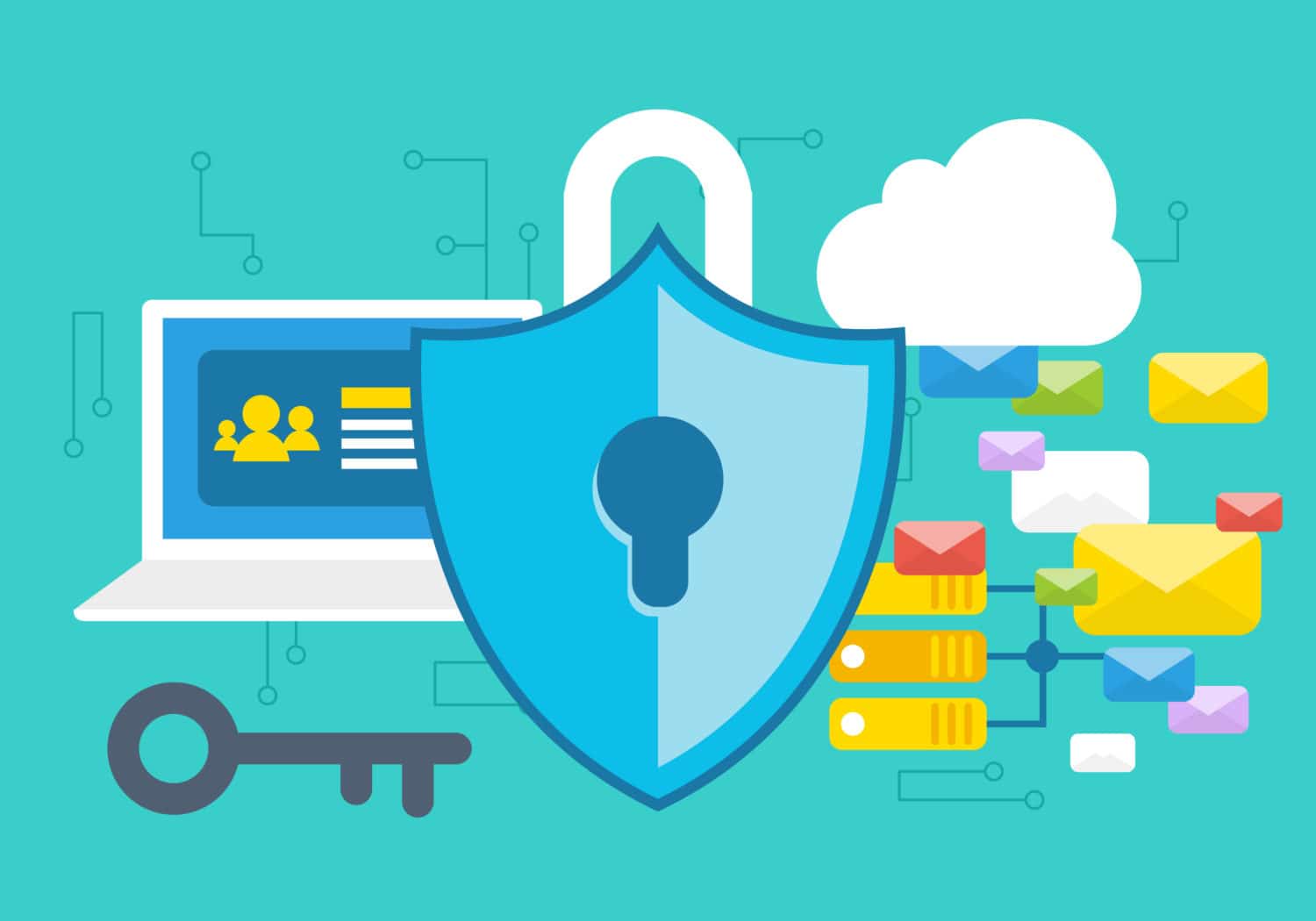 Website security, or the lack of it, can directly impact the SEO performance of your campground. Find out why it’s getting more important by the day. 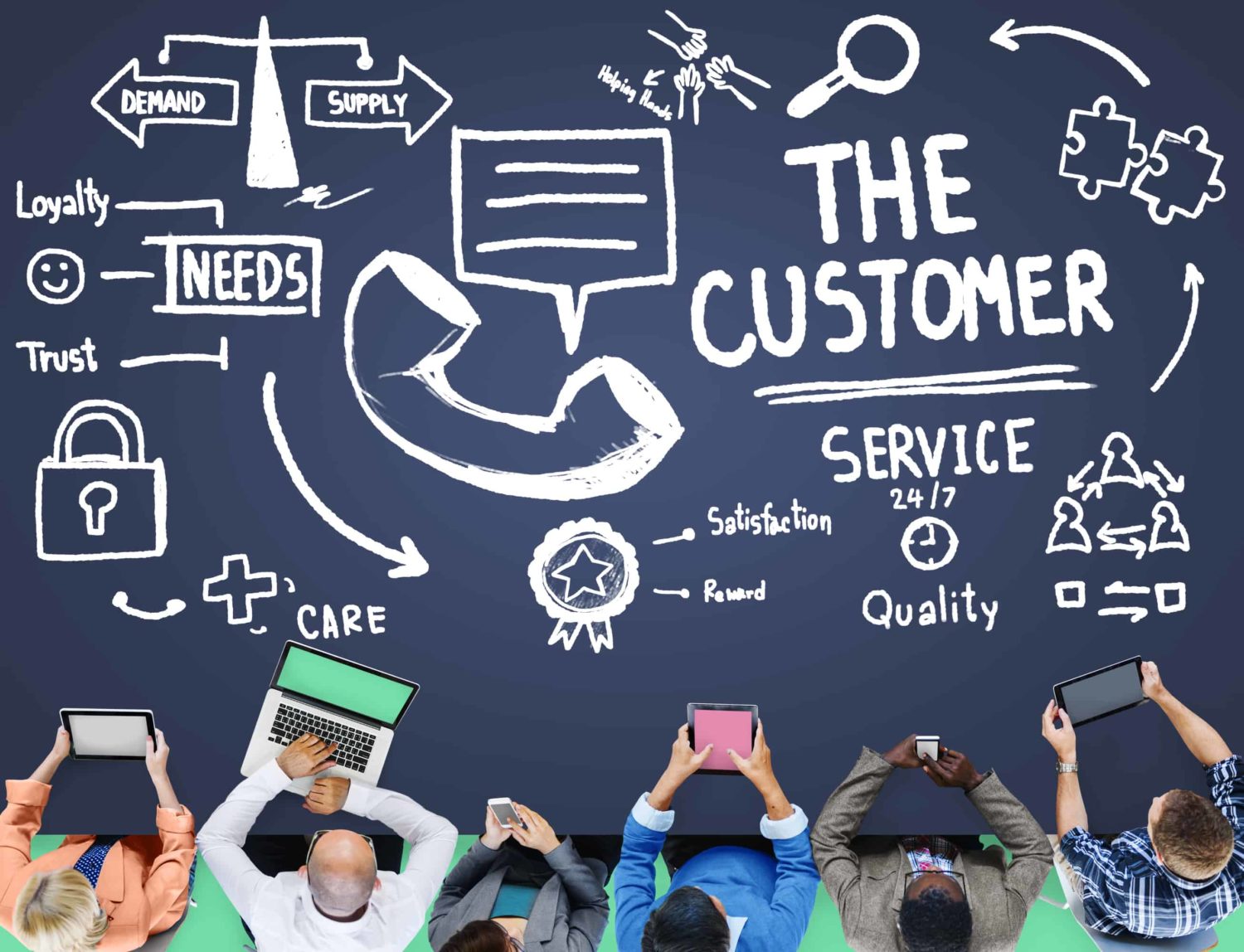 Customer service is vital to the success of your campground. It’s no longer just on the phone or via email, though. Now it is on review sites, social and more. 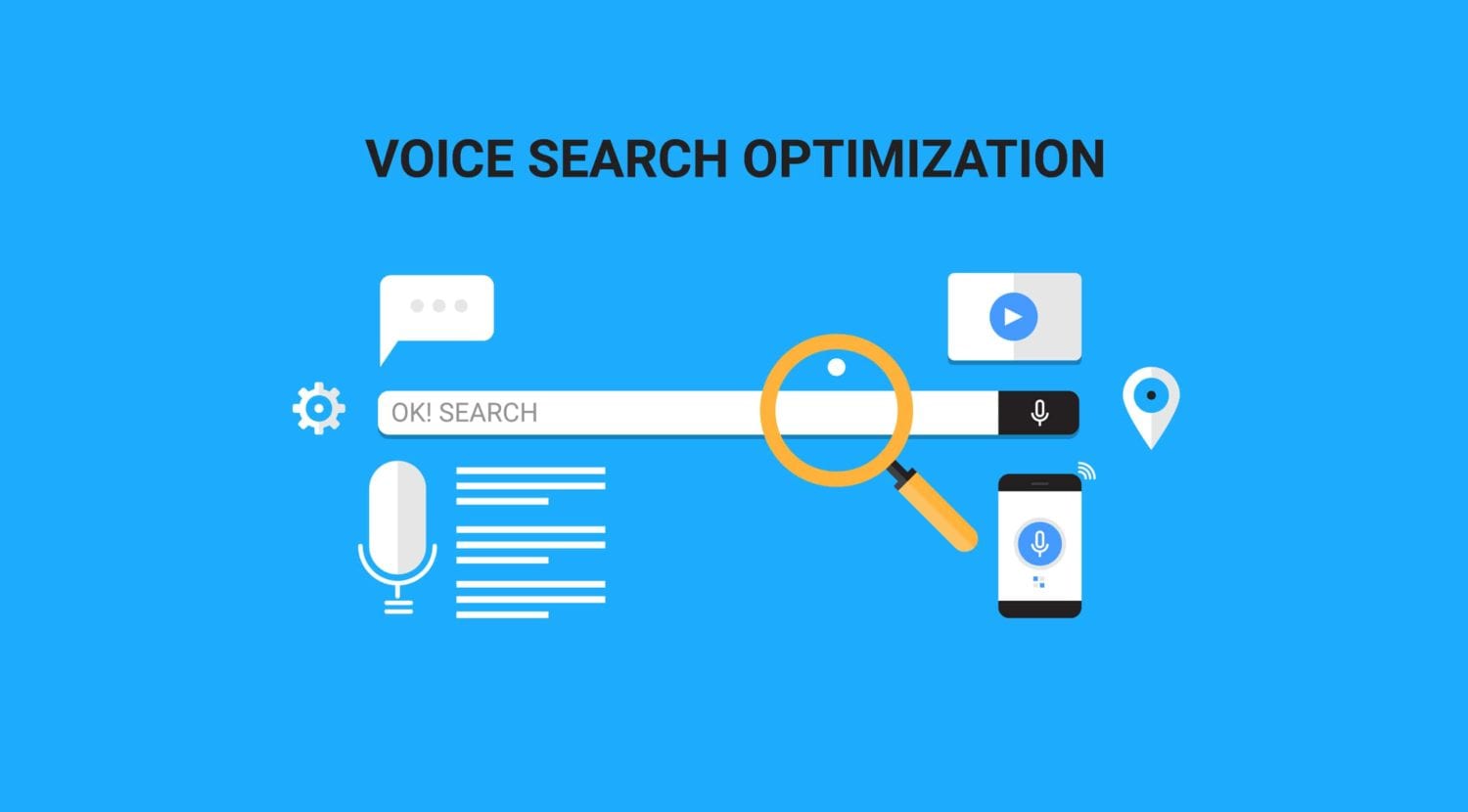 The Future of Voice Search for Your Campground

For nearly two decades people have been optimizing their campground websites for search. As voice search becomes more widely used, everything will change.

Reading this message? Get in touch for a free gift. no purchase required.

My cart
Your cart is empty.